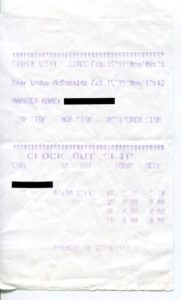 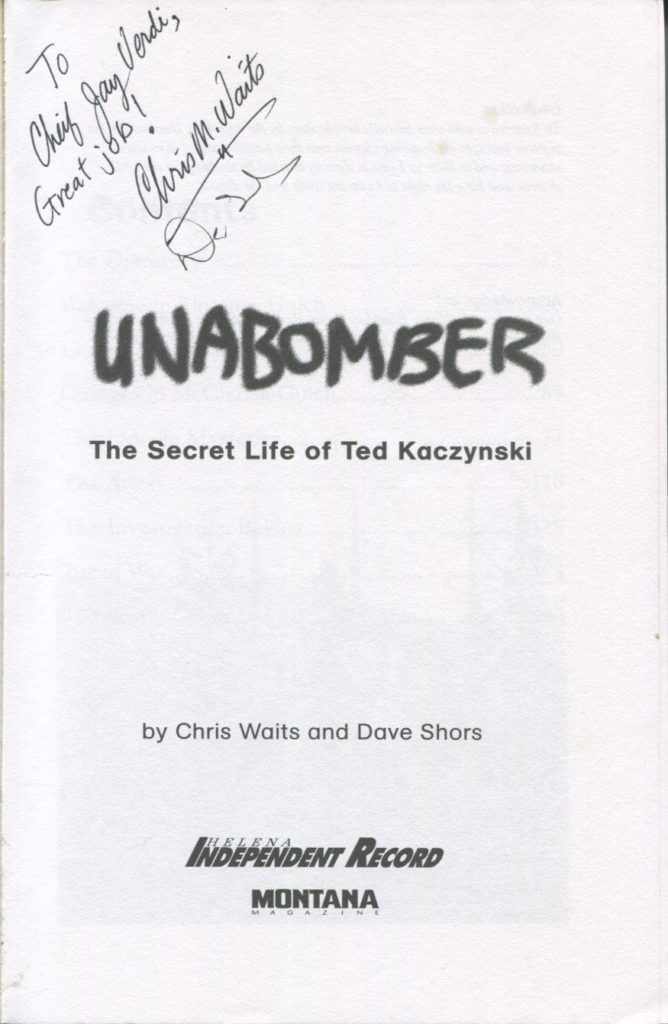 This is another entry inspired by the research I am doing for my upcoming book about personal manifestos written by people who have spilled blood.  As I read about these manifestos, I am led down roads that don’t really belong in my book but are deeply interesting and need to be discussed.  I’ve wandered off course analyzing how The Birdman of Alcatraz tried to convince Carl Panzram to commit suicide before he could be executed, and how it is that it is almost impossible to feel sympathy for most of the men in the current incel subculture.

Now I need to share with you how I fell into a way of thinking that elites use to control how people like me (and possibly you) perceive people who may be right, who may be wrong, who may be extremists, but who pose some sort of threat to the established order.

One of the first books I read about Ted Kaczynski, the man who came to be called the Unabomber due to initially sending bombs to universities and airlines, was written by the FBI agents who played a primary role in investigating the Unabomber crimes and eventually arresting him.  UNABOMBER: How the FBI Broke Its Own Rules to Capture the Terrorist Ted Kaczynski by Jim Freeman, Terry D. Turchie, and Donald Max Noel, was an interesting book though it largely confirmed for me, their protestations notwithstanding, that had Ted Kaczynski’s brother not turned him in, they’d very likely still be searching for him today.

The book also triggered my disgust in a way I didn’t expect, and it colored how I looked at Kaczynski until a different way of looking at Ted called into question the validity of the information I was using to make my decisions.

When the FBI arrested Ted Kaczynski, he looked pretty rough.  In all the pictures of him just after his arrest, Kaczynski looks very thin and very dirty, clad in filthy clothes with holes in them, looking as if he had not bathed in months.  Living a sort of hermit’s existence in a shack lacking plumbing and electricity does that, one presumes (though the “Ted was a hermit” narrative is not correct – Ted had contact with a lot of people and had established friendships in the community in which he lived; he was hardly a hermit).  Plenty of people who make their way to Idaho, Wyoming and Montana in order to live in a rural area, off the grid, are not going to have the same attitudes toward personal bathing and what it is that makes a person clean or dirty as someone living in the suburbs with more bathrooms than people living in the house and washing machines and dryers in the garage.

So that wasn’t too upsetting to me. Mountain men do dirty work and bathe less, especially if they live off the grid, though his appearance did not strike a healthy chord with me.  But the way the book described the way Ted lived in his shack in Montana did upset me (shack versus cabin is also an important distinction – those who are disgusted by Ted call it a shack, those who are not call it a cabin, and it interests me how even now I go back and forth between the two). The book descriptions made my skin crawl.

When I quote passages from the book, the “I” in the passages is Jim Freeman speaking.  He goes into great detail describing the squalor of Ted Kaczynski’s shack, but before he does he makes sure we know that he considered Ted “disheveled” when he was arrested, and also attributed a “high-pitched” voice to him. He’s essentially conveying that Ted was gross and sort of feminine, which is a weird combination but oddly effective in the end. His disgust is muted in the beginning:

First to catch my eye was the small, dirty window on the left wall…

Yeah, windows get dirty during the winter when you have to use a stove to heat your living space, but it continues:

A low, wooden cot was along the right side and I could make out a prominent smear of black dirt on the wall apparently caused by Ted’s bare shoulders and hair rubbing against the wall.  It was impossible to get out of my head the picture of Kaczynski’s filthy body covered in black soot from the poorly vented stove.  Just seeing and smelling the carcinogenic ash led me to the conclusion that Kaczynski was a walking case of cancer from second hand smoke if my agents were exposed to him for too long.

Yeah, this is bad.  And of course Freeman was being hyperbolic about the second hand smoke leading to cancer bit, but he wasn’t kidding about how he wanted to convey the terrible squalor he felt Kaczynski lived in, encouraging the reader to consider Ted completely naked, covered in filth, begriming the very walls where he slept.